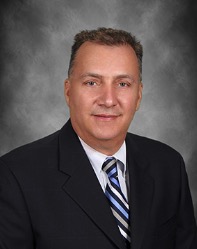 Mayor Michael Gonnelli is a life-long resident of Secaucus, formerly was the Town’s longtime Department of Public Works Superintendent, former Fire Chief, also a former Commissioner of the New Jersey Meadowlands Commission (NJMC), Mike served on the Planning Board and
was a founding member of the Environmental and Shade Tree Committees
Mike was honored as the Community Hero Torch Bearer for the 1996 Olympic Games, was the recipient of the 2004 UNICO Citizen of the Year, the 200 Club of Hudson County Valor Award and is past president of the Secaucus Babe Ruth League.  Mike was also an honoree of the Hackensack Riverkeeper for Excellence in Public Service
Married to his wife Linda, they have four children and four grandchildren, Mike served as a Council Member for three years before being elected Mayor in 2009
Meeting Documents
Meeting Schedule
Meeting Videos 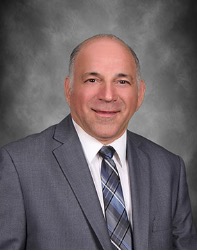 John Gerbasio
Email
551-226-0955
Term 12/31/2022
First Ward Councilman John Gerbasio is a 30+ year resident of Secaucus, Graduate of     St. John’s University receiving a Bachelor of Science degree in Pharmacy in 1980, Registered Pharmacist and former small business owner of Jersey Drugs Inc., Proponent of community service, John was a volunteer with Secaucus Recreation Wrestling Program, Secaucus Little League, Babe Ruth League and the Secaucus Patriot Booster Club, Longtime member and officer of K & S Social and Athletic Club.
Formerly Elected to the Secaucus Board of Education in 2013, serving for 3 years and including two years as President, Liaison to the Secaucus Police Department, Exceptional People of Secaucus (EPOS) and Planning Board
John and his wife Kathy, have three adult children, all successful products of the Secaucus School System and 6 grandchildren.  John has been an Elected Official proudly representing the Town of Secaucus and the First Ward since January 2017 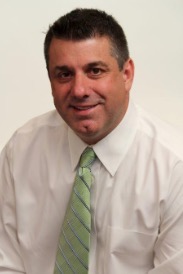 Robert Costantino
Email
(201) 401-9315
Term 12/31/2025
First Ward Councilman Robert Costantino is a 40+ year resident of Secaucus and successful product of the Secaucus Public School System, BS in Business/Accounting from Montclair State University and has 30+ years accounting/financing experience in his family-owned firm in Secaucus.  He also has 19 years of mortgage lending experience and is currently employed by Pinnacle Mortgage, Inc.
Liaison for the Finance Department and Chairs the Finance Committee, Proud dedicated father of three sons, Anthony, Alex and Dean.  Married to Dawn, a teacher in Huber Street School and together they help raise 6 boys in their blended family.  Rob has been an Elected Official proudly representing the Town of Secaucus and the First Ward since January 2010 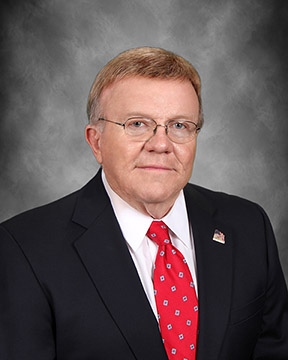 Second Ward Councilman Jim Clancy is Life Long Resident of Secaucus, Received a B. A. in Economics, Retired Social Studies Teacher (34 Years) from Secaucus Middle/High School, Served on the Town Council from 1986 - 1993, Serving from 2010 to Present, Served 6 years in the United States Army Reserve, Member of the American Legion Post 118 in Secaucus, Charter Member of the Knights of Columbus, Mary Immaculate Council of Secaucus, Member of Monsignor B. O'Connor Assembly, 4th Degree Knights of Columbus.

Jim and his wife Carol (Nee DeBari) have 2 Sons and 5 Grandchildren.  Jim has been an Elected Official proudly representing the Town of Secaucus and the Second Ward since 2010 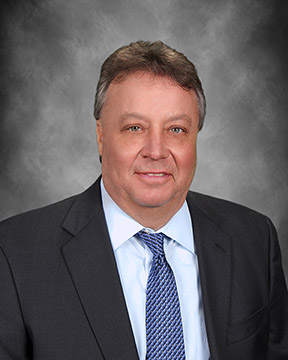 Mark Dehnert
Email
(201) 744-6547
Term 12/31/2025
Second Ward Councilman Mark Dehnert is a life-long resident of Secaucus who has lived in two wards and a successful product of the Secaucus Public School system, Upon graduation, Mark worked for Hilton Hotel Corporation as Director of Property Operations for over 25 years, then moving on to the world-renowned New York Palace Hotel where he reported directly to the Royal Family of Brunei as Executive Director.
Mark and his brothers formerly owned a small family business known as Brothers Deli on Hudson Avenue which they ran for several years, currently works at a prominent Pre-War Coop Building in Manhattan as General Manager and Chief Operating Officer.
President of the Steven Strobert Foundation, coached Boys & Girls teams:  Soccer, Football, Basketball, Softball and Baseball, former Liaison of Recreation Department, currently Liaison to Shared Services and Building Department
Mark has been married to his wife Lori (Nee Muscarella) for 34 years, dedicated Father to his three children, Melissa and Amanda graduates of Secaucus Public School System and Mark currently in the Secaucus School system. Mark has been an Elected Official proudly representing the Town of Secaucus and the Second Ward since 2014 Orietta Tringali
Email
551-245-2904
Term 12/31/2022
Third Ward Councilwoman Orietta Tringali is a 28-year resident of Secaucus residing in Harmon Cove, Graduate of Fordham University with a B.A. in Economics, worked for a Fortune 200 Company in their Accounting, Auditing and Marketing Departments for 10 years before earning her teaching certificate from St. Peter’s University
Recently retired from teaching in the Secaucus Elementary School system after 17 years, She was formerly a Building Representative at Huber Street School for the teacher’s union and a teacher liaison for the Huber Street School PTA Board receiving their Lifetime Membership Award
Former 10-year member of the Secaucus Public Library Board of Trustees, and was a member and President of the Harmon Cove Recreation Board,has a passion for helping others, volunteers her time to collaborate ideas and make improvements to better the school and town community. Chairperson for the Town’s Recreation Department, member of the Town Council Fire Department, Veterans and Senior Affairs Committees
Orietta and her husband Joe have been married for over 28 years and have two daughters, Gabriella and Alessandra. Orietta has been an Elected Official proudly representing the Town of Secaucus and the Third Ward since 2018 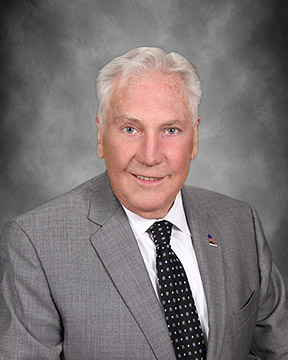 William McKeever
Email
(551) 655-7650
Term 12/31/2025
Third Ward Councilman Bill McKeever is a 60+ year resident, moved into Secaucus as a youth and attended local schools, Decorated former U.S. Army Sergeant, McKeever served in Vietnam from 1967 to 1968. He is a life member and Senior Vice Commander of the Secaucus Veterans of Foreign Wars Post 3776, member of the Secaucus American Legion Post 118 and life member of the Vietnam Veterans of America
Bill is most proud of his work assisting Veterans with housing, job placement, home renovation for those qualifying and other vital Veterans benefits, Town Council responsibilities include serving as a member of the Police Committee, Personnel Committee, Council Liaison to the Office of Emergency Management and Senior Citizens
Retired, giving full time availability to his council responsibilities, he worked many years in the trucking industry, including 10 years as Business Agent or Shop Steward, is a Licensed Realtor, former Little League Coach and a Parishioner of Immaculate Conception Church
Bill and his late wife, Lorraine Fers of Secaucus have two children and three grandsons. Bill has been an Elected Official proudly representing the Town of Secaucus and the Third Ward since 2010